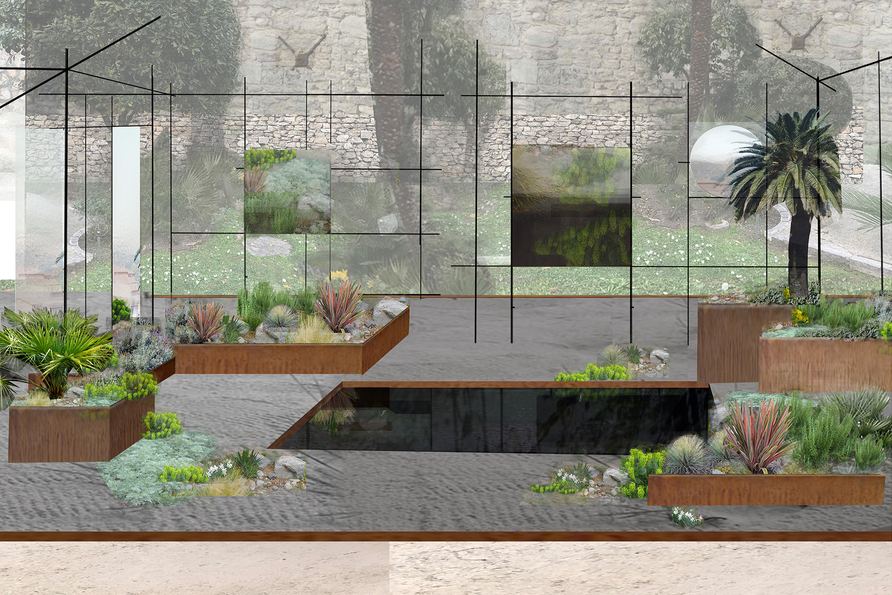 In my memories of stays in the south emerge some paintings of Matisse, Raoul Dufy or Bonnard. In my imagination, the south is percieved by a half open window or is contemplated from the top of a hilly terrain.

The "Mediterranean Dreams" theme motivates me to consider a phantasmagorical space in connection with our perception of Provence, at a frontier between garden and painting, between memory and dream.

The project I have in mind is a space that could be perceived and observed both as a garden but also as a fragment of an open-air museum. Two semi-reflective panels very slightly inclined, are located in the back of the plot. The reflections are punctuated by the colours of the flowerbeds in front of them and appear in the visitors’ eyes, by their pictorial aspect, as abstract works echoing the garden.

In my opinion, the Mediterranean is expressed by specific combinations of tones: the acidulous and deep greens are mixed with those more gray and velvety. Thus, in the flower beds that I plan to realise, the Artemisia and the sagebrush will associate their gray green with the deeper ones of the thyme, rosemary and other herbs of the South. The parma of lavender (still discreet in April) will be punctuated with beautiful sunshine yellow spots of mimosa flowers (Mimosa 4 seasons). The red stems of Phormium will bring warm and dynamic tints and some white narcissus will bring to the whole flower beds a touch of freshness.

These floral arrangements will also be present through the two large reflecting panels and slightly inclined. I like the idea that the plant exists by these massifs but also through its own echo, which would be contemplated as suspended paintings. 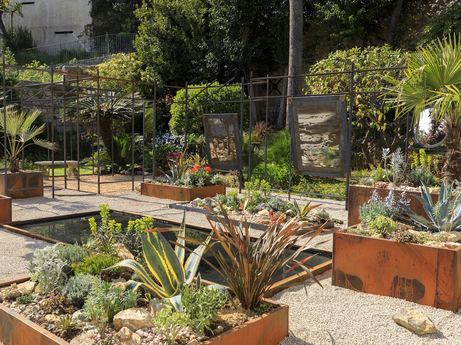 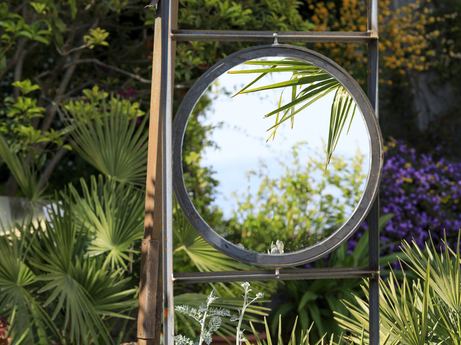 Solène Ortoli works and lives in Paris. Trained in scenography at the École Nationale supérieure des arts décoratifs of Paris, she graduated in 2008. She works as a Scenic Designer with theatre directors and film directors. Her work related to space but also to the object along with other commissioned works, led her to develop a personal approach. Her multidisciplinary work led her to create pieces in the form of reappropriations of objects or materials, but also by designing installations of larger size, outdoors and generally in connection with the site where she exhibits.

The other members of the team 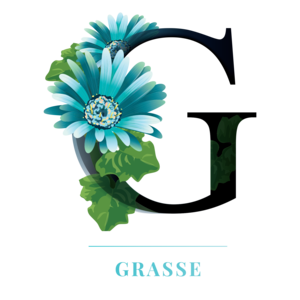