A garden designed and produced by the Green Spaces Department of the City of Nice. A garden which highlights art: inspired by a work of art. 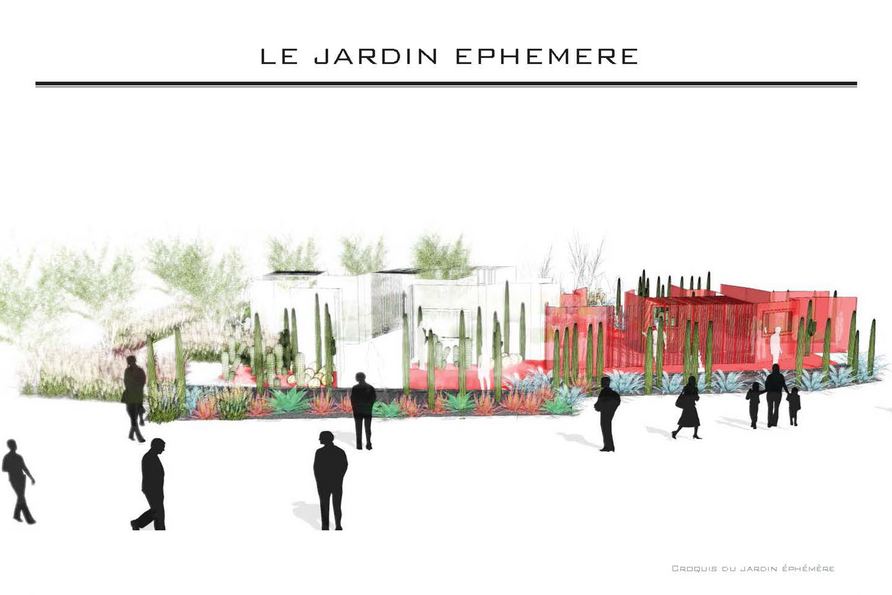 A garden which highlights art: inspired by a work of art, the creation of a garden which metamorphoses the work of art and praises sculpture, light and colour, emotions and the imagination associated with it.

After modelling various "sculpture-garden" models, the choice settled on a form which can best be adapted to the creation of a trail opening onto two gardens.

It's from a drawing by Eduardo Chillida, a Basque artist from Spain, (a major retrospective was exhibited at the Fondation Maeght in 2011).

Red and white colours are the scenography to create two themed gardens.

The temporal dimension is another element to be considered in creating these spaces.

Through the trail and the articulation of "the metamorphosis space," a different time is found: a particular will to make yesterday and tomorrow disappear and live in the present time.

Those who roam through the garden will have to lose the notion of time through colour and space, reading words, losing the boundaries between the past and the future. Lose yourself in the present moment, "through space, the articulation of time in which the past and the future touch... "They do, indeed, touch in such a way that there is no space between them." E. Chillida

A garden designed and produced by the Green Spaces Department of the City of Nice.