By Julia Georgi and the Politecnico of Milan.
To compose a Mediterranean Artist's Garden, we revisited Henri Matisse's collage "Dancer" [1937-1938]. 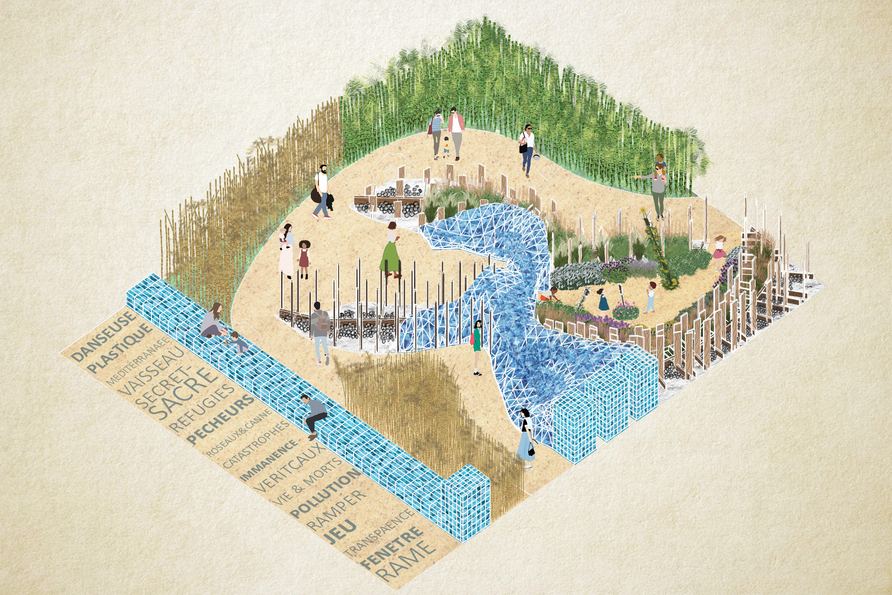 To compose a Mediterranean Artist's Garden, we revisited Henri Matisse's collage "Dancer" [1937-1938]. The decoupage shapes were reinterpreted as mutually linked solids or outlines, using distinct materials with their own qualities.

Layouts which refer to certain characteristics of the Mediterranean Sea, fundamental as well as of current concern, emerge among the elements of the garden: beauty, evil, the sacred character of memory, and the threat of forgetting; canes and reeds, bulky plastic, wrecked boats, either of traditional fishermen or refugees lost at sea, cycles of life and destruction are interwoven in a wander through this garden.

Its nucleus, a sacred secret garden, remains to be discovered by the strollers who come in; even though it can only be accessed by children and those who crawl in, the secret nucleus can be noticed from a distance: by the scent of its flowers and/or its multicoloured appearance. 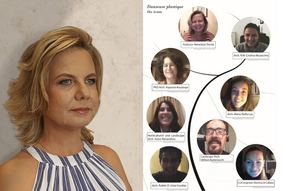